Would you like to switch to the accessible version of this site?

Don't need the accessible version of this site?

Dr. Robert Millican and Dr. Seema Bhula are optometrists in Brunswick and Saint Simons Island providing complete eye care services for the surrounding communities. As licensed optometrists, Dr. Millican and Dr. Bhula perform exams and provide diagnoses and treatments of all disorders that affect the eye or vision. In addition to training in eye diseases and disorders, they are also trained in anatomy, biochemistry, and physiology. With this background, Drs. Millican and Bhula are trained to recognize a range of health issues; such as glaucoma, macular degeneration, diabetes and hypertension. Our optometrists work hard to stay current on the latest advances in eye health and vision care and regularly attend continuing education seminars and advanced training courses. It is because of their dedication to continuing education that our patients receive the most modern and progressive vision care available. 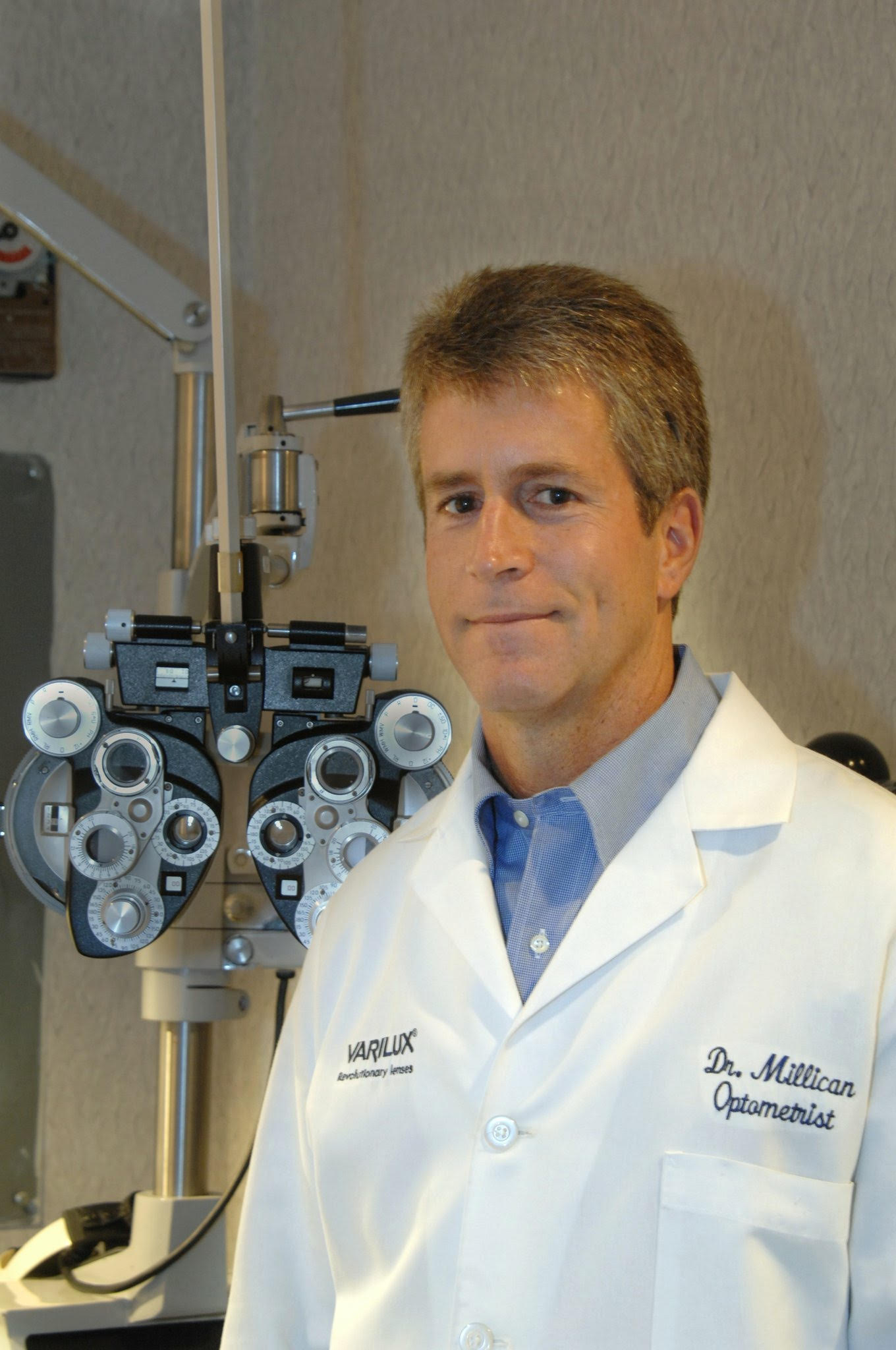 Dr. Millican, O.D. grew up between North/South Florida and around the Atlanta, GA area. He received his Doctorate of Optometry degree from Southern College of Optometry in Memphis, TN in 1990. After spending a couple years in Atlanta, GA, he decided to make Saint Simons Island his home in 1992 and worked for Walmart Optical Center until 1998. In January 1999, Dr. Millican opened Millican Eye Center and has since expanded his practice to three locations in Glynn County. He is a member of the American Optometric Association (AOA), Georgia Optometric Association (GOA), Golden Isles Lions Club and volunteers at Coastal Medical Access Project. Dr. Millican and his wife, Shari, have three children and enjoy living on Saint Simons Island. In his free time, Dr. Millican enjoys marathon running, surfing and hunting.

Dr. Bhula, O.D. grew up in Memphis, TN where she attended Christian Brothers University and then received her Doctorate of Optometry degree from Southern College of Optometry in 2007. After spending a few years in Atlanta, GA, Dr. Bhula joined Millican Eye Center in 2010, complementing it's focus on quality eye care and compassion for her patients. She is a member of the American Optometric Association and Georgia Optometric Association and works with the Lions Club and Coastal Medical Access Project. Dr. Bhula and her husband have made the Golden Isles their home with their two daughters. In her free time, Dr. Bhula enjoys football, running, and spending time with her family.

We look forward to hearing from you

Find us on the map